The unexpected and sad news of the repose of the first hierarch of the True Orthodox Church of Greece, His Eminence the Archbishop Chrysostomos II reached us on that very day – the 19th of September (NS).  Immediately we prepared koliva and Fr Akakios served a small memorial service for the repose of the soul of the Archbishop Chrysostomos. His picture was placed in the church and a candle was lit before it which burnt for three days. Mother Efrosinia was not able to attend the funeral, but she sent three sisters with Hieromonk Akakios, who that same evening was ready for the journey to Athens, or to be exact, to Megara, which is located about a hundred km from Athens.


With us in another car went Priest Stephan Nikolic and his family, for whom within a few hours parishioners collected and sent the funds required for the sudden trip.  All this organization lasted until 3 in the afternoon, when we all together departed.
At dawn of the next day we arrived at the monastery of the ever-memorable Archbishop Chrysostomos, Panachrandou, which is in the area of Megara, not so far from Athens. The funeral took place on the monastery’s very feastday – the Nativity of the Mother of God.  Because of the funeral, the Matins service had already started at 5 that morning. There were already many guests at the monastery, and even though the nun-hosts had saved us Serbian visitors a place to sleep, because we had arrived late, we left straightway for the service without rest.
As time passed, more and more guests arrived – priests, monastics, and lay pilgrims. Very soon the church was overflowing. The humble body of the ever-memorable Archbishop was in the middle of the temple. As soon as we entered the church we venerated his remains. Although it was very hot, the body of the reposed hierarch did not in the least smell unpleasant, and his hands were soft. On his face could be seen signs of death pains, but rather some wonderful, sweet blessedness.  When one sees such splendid remains of a ninety-year-old, the sentence, ‘Precious in the sight of the Lord is the death of His saints’ becomes clear.
After the festive but quiet feastday service, there was a short break during which coffee and water were served. Immediately afterwards began the magnificent funeral service, in which all the hierarchs of the True Orthodox Church of Greece took part, with a great number of priests (there were about thirty).  All were greatly moved and tearful at the separation from their beloved first hierarch, bishop, and spiritual father, especially the nuns of the monastery Panachrandou, which he had founded and for which he had been the spiritual father for sixty years.
We personally hadn’t met the Archbishop (only Mother Efrosinia once met him), but our Father Akakios knew him well and had cooperated with him for fifteen years. The ever-memorable Chrysostom was the hierarch who had personally blessed Hieromonk Akakios for his missionary return to Serbia and the expansion of True Orthodoxy in Serbia.
Fr. Akakios is known by everyone and highly respected here, and thus everyone was very caring and respectful towards us as his nuns. Since Fr. Akakios was with the bishops and other clergymen the entire time, we were taken care of by Nun Maria, who is Russian and was at one time a nun of the Russian True (Catacomb) Orthodox Church, and who as the spiritual child of the ever-memorable Archbishop has already lived in the monastery for more than ten years with her daughter, Nun Irina. We had the honor to be placed among the nuns in the first row, before the very iconostas. Thus we were able to follow the entire service and funeral very nicely. It was deeply moving to see how the hierarchs with tears bade farewell to their first-hierarch and father. The most poignant, however, was the taking leave of the nuns of the monastery Panachrandou of their spiritual father, with whom they had spent the better part of their life building the monastery, which is a center of True Orthodoxy in Greece.
After laying the remains in the grave, which had been dug right next to the church of the Theotokos, and after finishing the funeral service, all present with one voice started to sing the Paschal troparion: ‘Christ is Risen from the dead, trampling down death by death, and upon those in the tombs bestowing life!’ That was truly the pinnacle of this spiritual celebration.
After Megara, we had the opportunity to visit a few great True Orthodox monasteries. We visited the women’s monastery of the Holy Archangel Michael, in the countryside of Attika near Corinth where is the seat of Metropolitan Kallinikos; after Corinth, we returned to Athens, where we visited his Grace Bishop Photios, the women’s monastery of St Irene of Chrysovoulandou-Lycovrisi, and the women’s monastery of the Dormition in the foothills of the Parinth mountains.
We were especially impressed by the size and organization of these monasteries, the majority of which maintain a strict typic, in which men, or any visitors, are not allowed into the monastery itself, but rather there are special visitor quarters which are located outside the walls of the monastery. Thanks to Fr. Akakios, of who, we have already said, is well known in all of these monasteries, we were welcomed with great love and respect.
Afterwards, on the way back to Serbia, we stayed at the home of our close friends in the village of Eleftheris near the city of Kavalla, where we had a good rest. From Eleftheris we headed back to Serbia through Bulgaria, where on the way we stopped at the True Orthodox monastery of the Annunciation, near the village of Kopilovsi, in the area of Kyustendal where resides Archimandrite Cassian.
With many spiritual benefits and pleasant impressions from the meetings with our brothers and sisters in Christ of the True Orthodox Church we returned to our monastery glorifying God, Who deemed us worthy to be present at the funeral of the ever-memorable Archbishop Chrysostomos. May his memory be eternal and his prayers ever be with us! 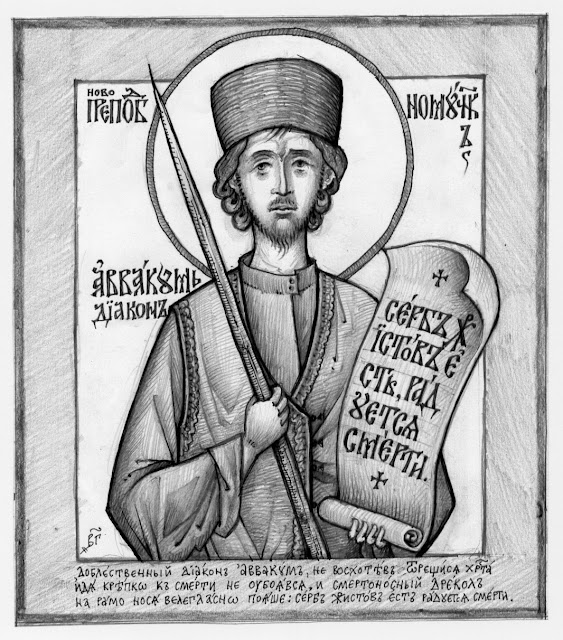 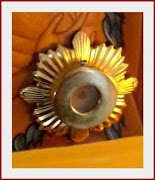